Another exceptional band from Bordeaux, France, Lonely Walk has been kicking around since releasing a number of EPs to critical acclaim between 2010 and 2014 (VIHS, NGHTMR, and BORE) culminating in their full-album release of TEEN in 2015 containing said track “PGL“. Hypnotic fringe-punk with late-seventies sensibilities might be an apt description for this track portraying the teen-angst of an askance view of someone or something “pretty good looking” while a siren warbles its background warning. TFBiC (Tongue Firmly Buried in Cheek). 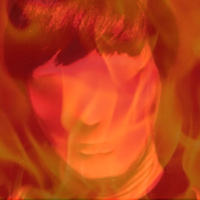