“The Hungerford Massacre was a spree shooting in Hungerford, England, United Kingdom, on 19 August 1987, when 27-year-old Michael Ryan shot dead sixteen people, including an unarmed police officer and his own mother, before shooting himself. The shootings, committed using a handgun and two semi-automatic rifles, occurred at several locations, including a school he had once attended. Fifteen other people were also shot but survived. No firm motive for the killings has ever been established and the shootings remain one of the deadliest firearms incidents in British history.” [Wikipedia]

“I was delayed, I was waylaid,
An emergency stop,
I smelt the last ten seconds of life,
I crashed down on the crossbar,
And the pain was enough to make,
A shy, bald, Buddhist reflect,
And plan a mass murder.
Who said I’d lied to her?”

Strangely, as a consequence of the incident, The Smiths were not allowed to release “Stop Me If You Think You’ve Heard This One Before” as a single in their native UK. The second planned release from their album Strangeways, Here We Come, the BBC refused to play the song on the grounds that the lyric “plan a mass murder” was offensive in the wake of the tragedy. The single was still released in America, Australia and some European markets, but song “I Started Something I Couldn’t Finish” would replace it in the UK.

“I desperately, desperately wanted that to be released. Rough Trade sent white labels along to Radio One but they said they would never under any circumstances play it because of the line about mass murder. They said people would’ve instantly linked it with Hungerford and it would’ve caused thousands of shoppers to go out and buy machine guns and murder their grandparents. I think Rough Trade should’ve released ‘Death of a Disco Dancer’ just to be stroppy.”

Formed in Manchester, England in 1982, The Smiths originated when Johnny Marr went to visit one Steven Morrissey at his home in Stretford and invite him to join a band. Marr had met Morrissey at a Patti Smith gig in 1978 when Marr was a mere 14 and Morrissey 19. They would bond through their shared love of poetry and literature.

By late 1982, Morrissey had chosen the band name, The Smiths, later stating, “It was the most ordinary name and I thought it was time that the ordinary folk of the world showed their faces.” About this time Morrissey also decided he would be publicly known only by his surname, with Marr often referring to him only as “Mozzer” or “Moz“. By 1983, he had forbade those around him from using the name “Steven” at all, which he despised.

“I was detained, I was restrained,
And broke my spleen,
And broke my knee,
And then he really laced into me,
Friday night in Out-patients.
Who said I’d lied to her?”

Like most Smiths songs, it features lyrics written by Morrissey and music written by Marr. In this particular case, Marr composed the song’s music on a 12-string Gibson ES-335, which he commented, “gave a really big sound.” He explained that the guitar hits in the song’s intro were the result of stacking a Telecaster “on top of a Fender Twin Reverb with the vibrato on, and tun[ing] it to an open chord” only to “drop a knife with a metal handle on it, hitting random strings.”

“Few of the songs by The Smiths can ever be explained in terms of ‘what they are about’, per se, which is exactly what makes them so attractive to their fans; their entire body of work is open to interpretation. People appreciate their odd lyrics (or not) because they usually involve wit, puns and other clever wordplay, often juxtaposing morose imagery with happy, jangly guitar music…”

Lyrically, Rolling Stone described the song as “a whirlwind tour of sex, lies, booze, obsession, mass murder, [and] bicycle-related testicular injury.” It would be the last single the band would release before breaking up. 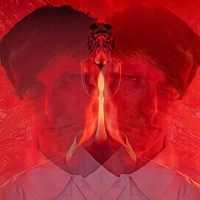 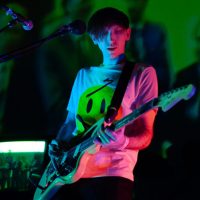